The Changing of Roles in Public Charging 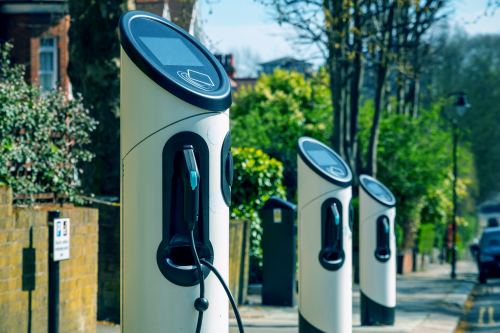 The expansion of public charging networks for electrified vehicles has been progressing for the past years. In the meantime, several associations from the automotive, energy and oil sector are represented, pursuing the secure market shares for the upcoming intermediate charging on long-haul routes. In addition, there are local and regional initiatives of municipal utilities and interest groups that want to make charging in cities/communities and off the highways possible. From this constellation, e-mobility users often carry a large number of RFID charging cards to be able to authenticate at the charging stations of the various providers. E-roaming providers are addressing this situation by offering single access to multiple charging networks to customers.

Over the past few years, a fairly clear division of roles has thus been established in the system, with the Charge Point Operator (CPO) technically operating the charging infrastructure, while the eMobility Service Provider (eMSP/ EMP, hereafter EMP) enables end customers to access and use the charging stations. In between, there is usually a clearing house to process the transactions and the Distribution System Operator (DSO) supplies the electricity. Often defined as part of the EMP role, e-roaming often is performed separately by a Roaming Network Operator (RNO).

Since access and direct contact with the end customer offers an opportunity for further value creation and expansion of the service offering, there are also efforts on the CPO side to adopt the EMP role. The basic prerequisites for this are a comprehensive and supraregional charging network and an attractive pricing in order to motivate customers to change or conclude an additional charging provider contract.

The extension to the EMP role from the perspective of a CPO involves extensive efforts, such as the establishment of a customer management system and the legal obligations arising from the interaction with the end customer and the associated data collection, storage and processing. It is therefore worth taking a look at developments outside the established system.

One example is the rapid spread of anonymous and contactless payment by smartphone. In conjunction with supportive regulatory conditions, this could marginalize the role of the EMP as well as of the RNO. Why should the customer commit himself/herself contractually if he/she can pay directly at the charging station just as used in gas station.

On the other hand, one can also try the comparison from mobile communication, in which the runtime contract continues to keep up own against the prepaid variant due to its partly better calculable conditions. Even though with a permanently lower market share and the increasing diversity of contracts with short-term terminability.

In any case, as the market for public charging grows it will experience stronger competition and thus also produce new and more efficient solutions, also on the commercial side. It is worth thinking about this already now.