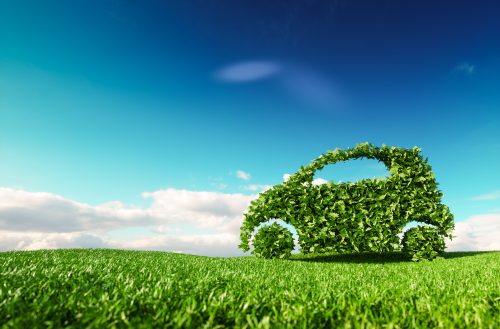 The European Union’s “Green Deal” aims to achieve climate neutrality in Europe by 2050. To achieve this goal, greenhouse gas emissions (GHG) from the transport sector must be reduced by at least 90% compared to 1990 levels. With this in mind, the ICCT (International Council On Clean Transportation) has conducted a new study to determine which combination of powertrain technologies and fuels can be used to reduce greenhouse gas emissions from passenger cars to a minimum – not only direct emissions from the tailpipe, but also indirect emissions from fuel and electricity production, as well as vehicle and battery manufacturing.

As part of the ICCT study, a life cycle analysis (LCA) of various passenger car propulsion systems and fuel types was conducted with respect to their GHG emissions. It includes internal combustion engine vehicles (ICEVs), hybrid electric vehicles (HEVs), plug-in hybrid electric vehicles (PHEVs), battery electric vehicles (BEVs), and fuel cell vehicles (FCEVs) – as well as a variety of fuel types and energy sources, including fossil gasoline, diesel, and natural gas, each with the current and future share of biofuels or biomethane blends, e-fuels, hydrogen, and electricity. The assessment presented here for passenger cars in Europe is part of this global LCA study, which also includes India, China, and the United States. The same trends are observed for each of the four regions.

Based on the analysis, the ICCT recommends clear actions to achieve the European decarbonization targets for 2050:

Registration of new ICE passenger cars in the EU should be phased out in the 2030-2035 timeframe. Given an average vehicle lifetime of 18 years, only technologies that can achieve deep decarbonization of the European car fleet by 2050 should be produced and registered starting around 2030-2035. BEVs powered by electricity from renewable sources and FCEVs powered by green hydrogen are the only two technology paths that can be considered for this purpose. Hybridization of internal combustion engines can be used to reduce the fuel consumption of new vehicles registered over the next decade, but neither HEVs nor PHEVs will allow the long-term reductions in GHG emissions from passenger cars that are needed.